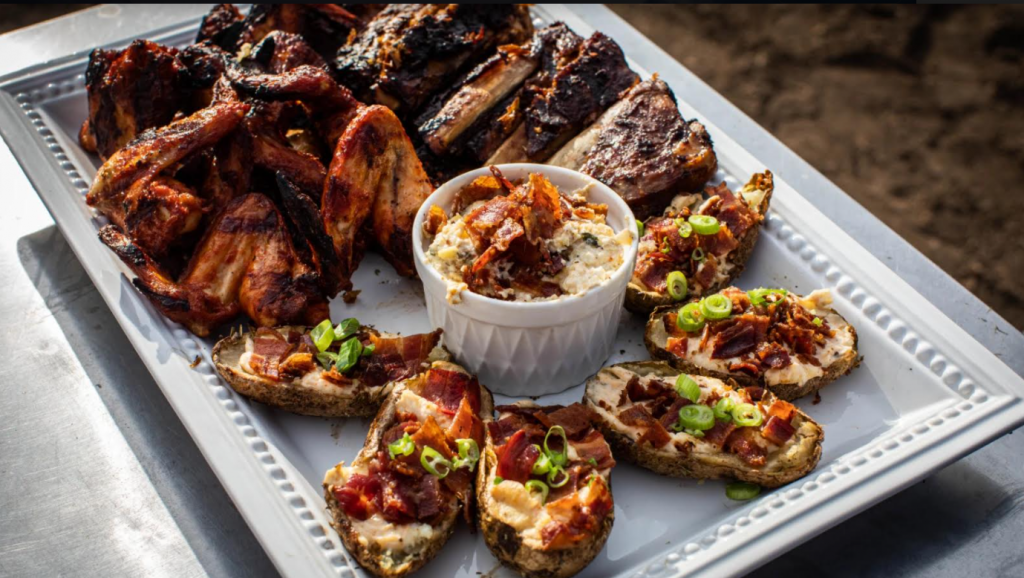 POTATO SKINS ARE PERFECT FOR HOCKEY NIGHTS. THIS IS AN APPETIZER THAT CAN BE EATEN HOT, WARM, COLD, REHEATED, DIPPED, RIGHT AFTER ENJOYING A HOUSE OF BBQ EXPERTS CHICKEN WING, WITH A BEER OR EVEN RIGHT AFTER BRUSHING YOUR TEETH IF YOU’RE FEELING EXTRA CRAZY. 😜

Because potato skins have an interesting mix of textures, a very high cheese content and a good amount of bacon, they’re rarely drafted last and, to me and everyone who’s tasted my recipe, it is definitely a top scorer—the Wayne Gretzky of appetizers. 😎

Side note, my brother and I have also served these stuffed with poutine for the American Royal in Kansas City, and it was absolutely delicious. So yes, it’s a tried and true favorite 😉 This recipe is simple, effective, and most importantly, delicious. Get your taste buds ready because they’ll go crazy! 👌

Here’s how to make my signature recipe: