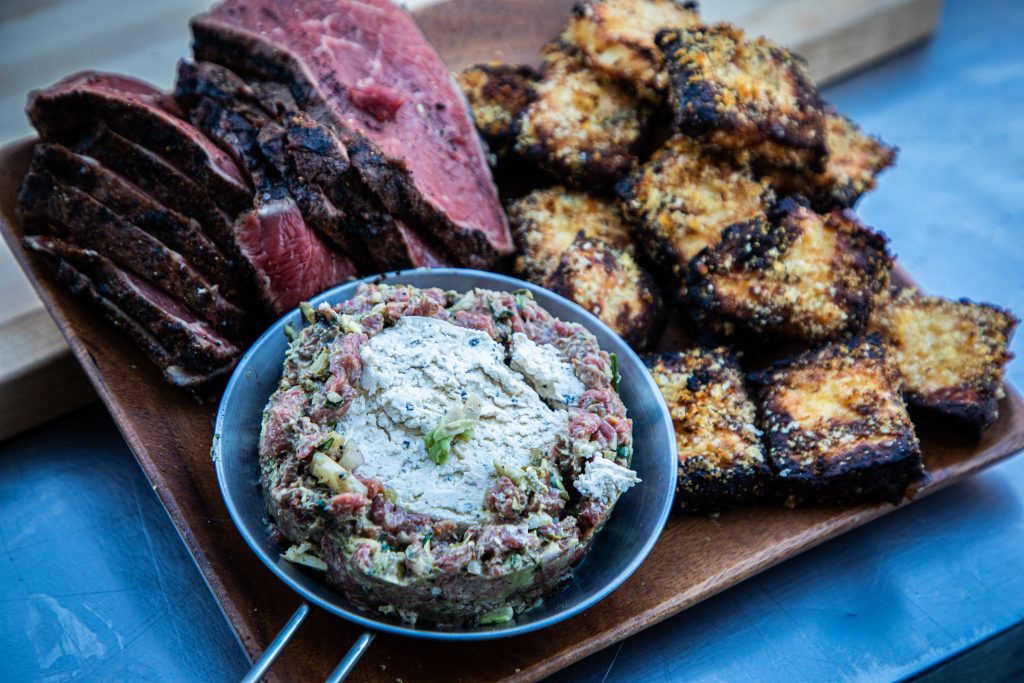 Cheese fondue never disappoints. But you know me, “just” cheese fondue isn’t enough. So, I’m going to show you how to make it “à la Max” with the addition of a delicious tartare. I’m telling you, if you combine these two dishes, you’ll have something absolutely IN-CRE-DI-BLE.

My fondue isn’t really a fondue, but the flavor you’ll get in the end will certainly taste like you’re dipping your fondue fork into a pot full of cheese.  And my tartare, well… It’s not really a tartare either because the meat is seared on the grill, but ultimately it will be cold and (mostly) raw, so it still counts (it’s just even better 😉 ).

Speaking of tartare, picanha is a really great cut for it. Many people use filet mignon, sirloin steak (Boston cut) or other similar cuts instead, but personally, I like to use picanha because it’s super flavorful.  Needless to say, you’ll need to get a good quality piece to make sure it’s tender.

Here is how to make this delicious meal: