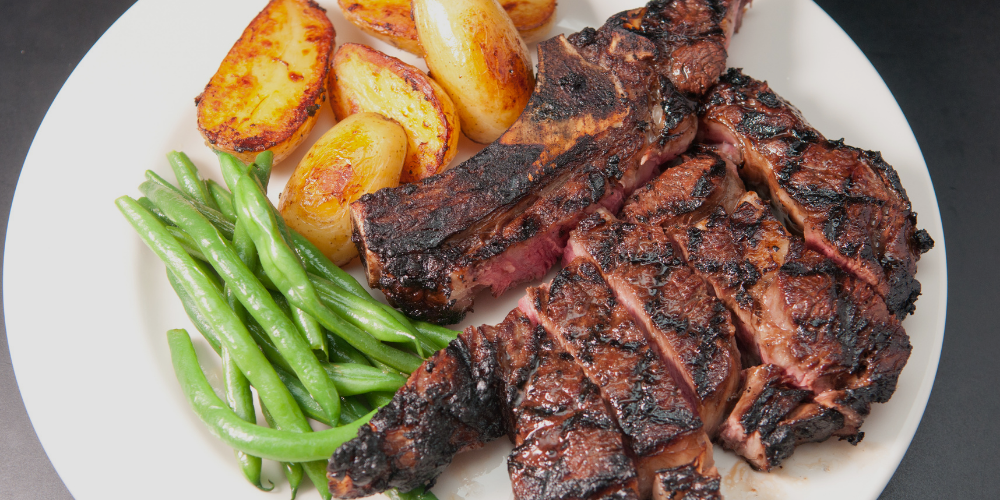 Today, I will present to you my 3 favorite beef cuts!

Not only will I do that, I will also tell you how to successfully keep these pieces of meat extra juicy and how to flavor them.

First, one of the things you must know is that each piece of meat reacts differently when it’s being cooked, depending on the length of its fibers and the amount of fat that it possesses, which is why they all have to be cooked the right way.  Don’t worry, though, I will give you plenty of tips to ensure that your piece of meat tastes delicious, every time.

Let’s start strong with a recipe that I make with my favorite piece of meat of all time, THE ultimate steak: the rib steak!

The rib steak, a beef cut, is made from the fattest part of the animal. It is located on the top part of its back and, even though the beef works hard, it doesn’t move its back much. This means that this piece of meat is really fat, tender, and that it has fewer fibers than a brisket, which supports 60% of the beast’s weight.

There are two kinds of rib steaks that you can buy: one that’s boneless (a sirloin steak), and one that has a bone. If you choose between the two, pick the one that has a bone. Why? Because there is a lot of fat and flavor in the bone (there is actually so much fat that it allows the meat to baste itself and “soften up” when it cooks). Also, while we are on that subject, it is also recommended to keep the bone on the meat to age a rib steak because of all the flavors that it gives to the meat.

When I work with this fatty piece of meat, I usually use a “classic” rub in order to not change the taste of the meat too much. I also limit myself to one ingredient: my “upscale salt and pepper” and favorite seasoning, the House of BBQ Experts’ Texas spice mix and rub! (By using a dry marinade, I also make sure that the piece of meat doesn’t burn.) 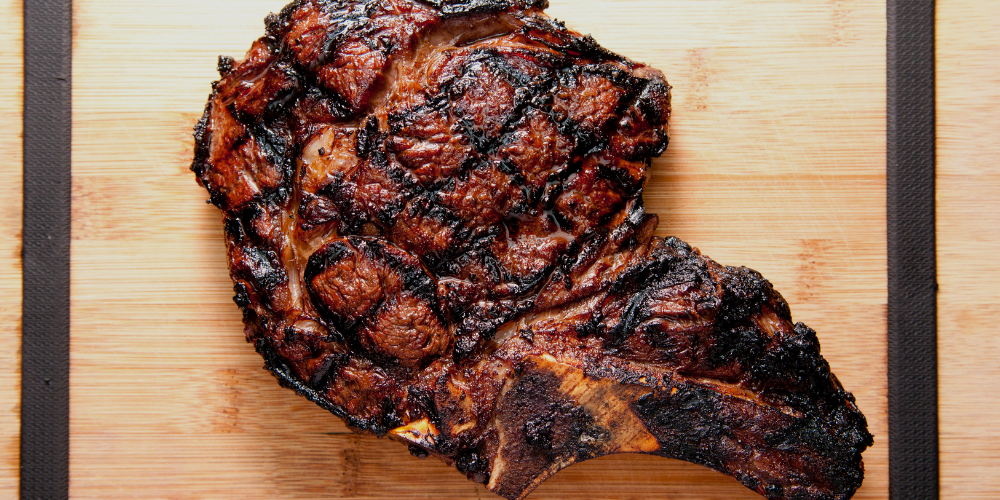 The cooking method is not complicated at all:

* If your piece of meat sticks to the BBQ’s grate, there are 4 possible explanations:

** When it comes to cooking temperatures, I have a great trick for you to remember them all. Imagine that you are driving at 120 km/h on the highway. As the speed you’re going to is over the limit allowed, you might end up seeing some lights in your mirror… red and blue lights. Well, at 120°F, the steak is red outside and blue inside. If you’re driving over 120 km/h and get pulled over, well your ticket will be even more salty… The same principle applies to meat: as soon as you bring the temperature up 10°F, the cooking intensity goes up a level and the meat becomes more and more cooked. If you end up driving at 160 km/h, your car, just like your meat, becomes “well cooked” and shouldn’t be going to a higher level in order to not burn…

It’s important to mention though, that the temperature chart that’s between 120 and 160°F applies to all land mammals.  In the case of chicken and turkey, however, an additional 10°F is needed to cook these meats well.

Let’s keep going with the second recipe! This time, it uses my second favorite beef cut, the flank steak! Although you don’t have to, I suggest that you cook this piece of meat in the opposite way that you cooked the rib steak to maximze its juicy taste. 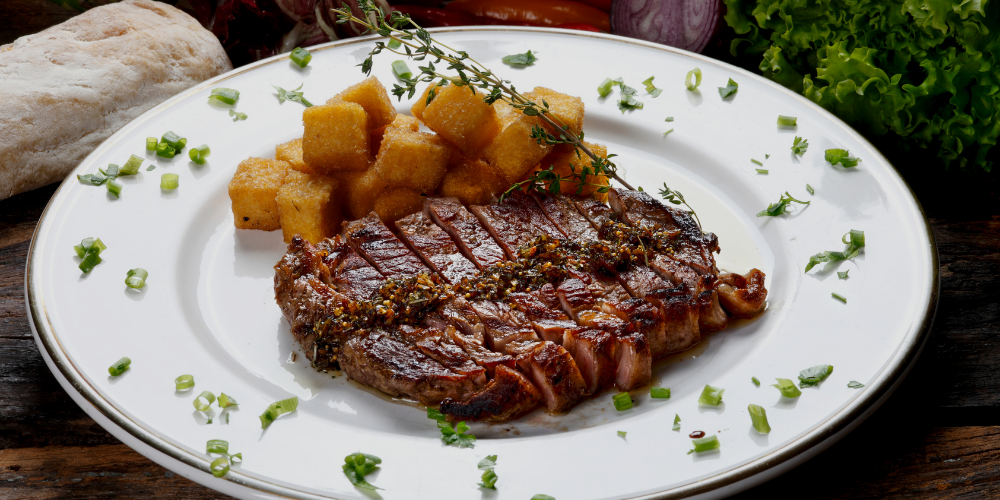 The last recipe that I want to share with you uses the third (and nonetheless!) cut of beef that I prefer: the filet mignon!

The filet mignon is an extremely tender piece of meat that does not have lots of fat to begin with. So, to give it flavor, this recipe requires you to inject it with a very “fatty” liquid: a mixture of butter and cognac. You’ll see, it’s amazing! 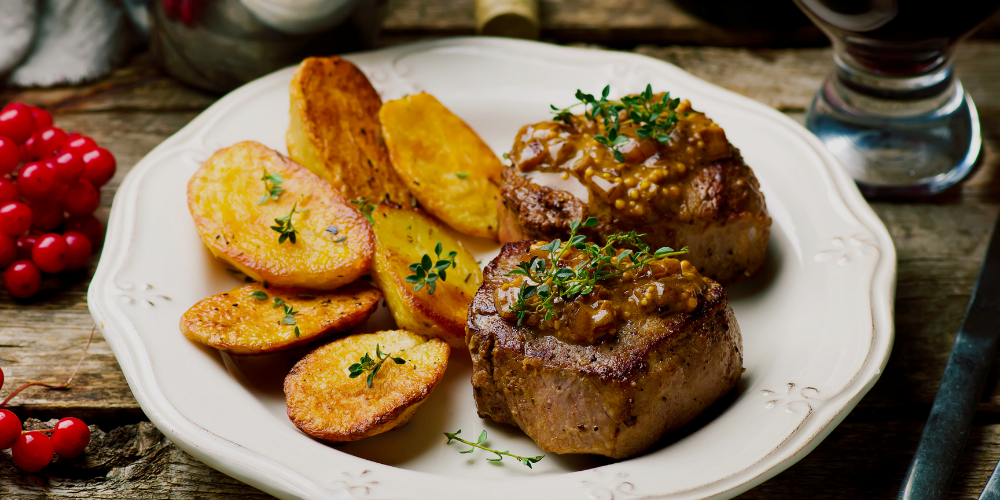