Blog
Home | Blog | Why we chose House of BBQ Experts/BBQ Québec as the official sponsor of our 2022 competition season.

Why we chose House of BBQ Experts/BBQ Québec as the official sponsor of our 2022 competition season. 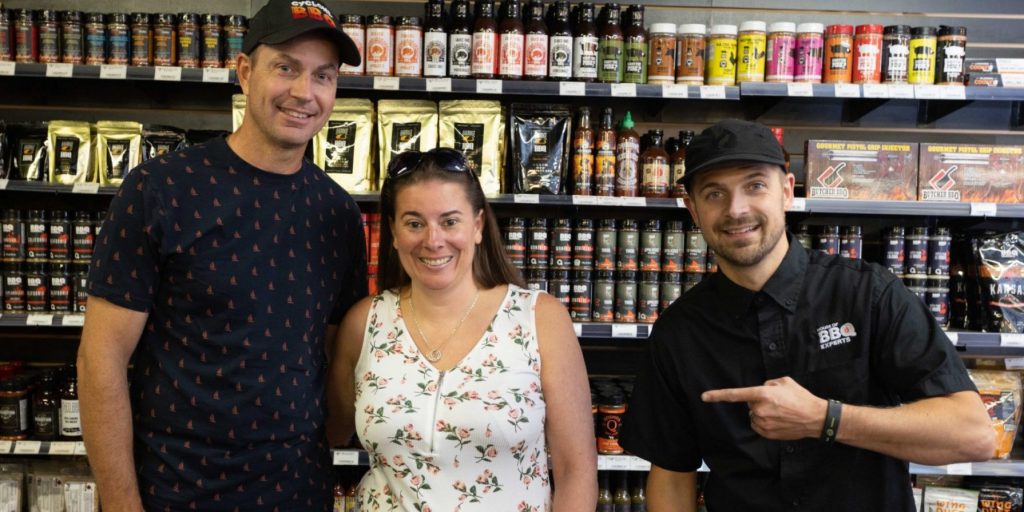 When we first entered the world of barbecue competitions in 2018, we’d already been keenly following the buzz around the Lavoie brothers and their BBQ Québec business on television and social media for a few years. It wasn’t until 2019, when we had the privilege of being part of the Quebec amateur team sponsorship program, that we formed our ties with the BBQ Québec team and Cyclone BBQ was able to leverage their incredible support.

Following a two-year hiatus due to the pandemic, we are taking the plunge this season into the KCBS Masters Series of professional competitions. We needed support from multiple sponsors in order to pursue our passion. Past sponsorship and our natural bond with House of BBQ Experts/BBQ Québec led us to believe that our venture had to continue.

In the past, Max and JP have competed in many major events and competitions around the world. Their experience and knowledge are an asset to Cyclone BBQ. We also share the same fundamental values: family, love of good barbecue, the drive to outdo ourselves and to show the world that we French Canadians can compete with the world’s best grill masters.

If the saying goes “Let’s change the world one barbecue at a time,” well, we’ll do it “one competition at a time”!!