The best competition products from the World Series of Barbecue 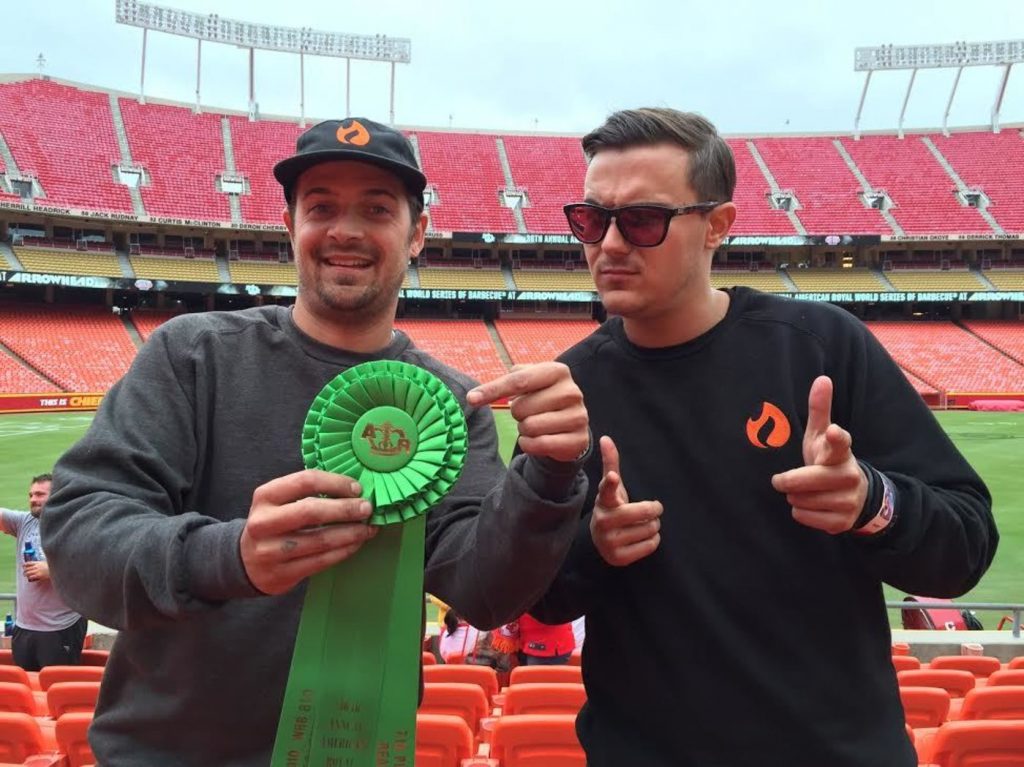 Last fall, Ariane and I decided to fly to the Kansas City American Royal World Series of Barbecue to meet all the different teams, companies and partners in the BBQ world.

The “Royal” is THE biggest BBQ competition in the world, with over 500 teams competing over two days. It’s the Stanley Cup of the BBQ world. Everyone is trying to sit on the famous Royal Throne of BBQ, the World Series of Barbecue.

On Saturday we met the top 100 teams in the world, those who have accumulated points throughout the season and who have placed at the top of the KCBS league. These teams are invited to compete in the circuit’s fiercest competition, the Royal Invitational. The next day, it’s the competition open to all, the Royal Open, where teams from all around the world compete against each other. Among them grillmasters from Quebec, Ontario, BC and as far away as Japan and Germany. There were even Australians, whose BBQ culture is currently evolving as rapidly as Quebec’s.

Moreover, since we were going to the place where we would meet the most pro teams on the planet, I decided to contact a few teams so that I could follow them during the competition and learn from the best.

Accordingly, the first team I contacted was Clark’s Crew BBQ. They had a great record, good results throughout the season, and most importantly, it was a family that worked as a team. They seemed to be very nice and to have fun while they were doing their BBQ. The King of the BBQ, Travis Clark, told me he usually wouldn’t chat during the competition because he was very concentrated and focused, but that this time he felt it would work well. So I was going to learn directly from the team that held the first place spot at the time for KCBS “Team of the Year”.

The Main Event: the World Series of Barbecue

During the competition I learned techniques from the best Pitmasters, met people and experienced unforgettable moments. I have so many memories that I will always remember. The famous fried chicken burgers from Darren and Sherry from Smokey D’s in Iowa, the many hilarious conversations with Sterling Ball, THE famous Big Poppa of Big Poppa Smokers, meeting Darian of Kosmos Q, a BBQ enthusiast who wanted to create quality products and who, in only a few years, increased his sales by more than 10x. And then there was all the other cowboys, plumbers, mechanics, policemen, lawyers and dentists who all had the same passion: BBQ.

The products that impressed us the most during the competition were Kosmos Q and Butcher BBQ products. These are products developed and designed specifically for BBQ competition. As well, we found great injections for pork, beef, chicken, along with spices of all possible flavor profiles. We were also introduced to fruity BBQ sauces, “mopper” sauces, Rib Glaze and even products to create your own injection, like phosphate, “magic powder” and honey powder. Everything to improve your results, in your backyard just like you’re in a real competition!

In addition to a complete collection of flavours, Travis passed on to me his passion for “Shun” Japanese knives, made by Kai Group. Not only are these knives beautiful, they’re handmade, durable, well balanced and sharp. Moreover, the Shun series is the top of the range series of knives with the best value for money on the market. The hammered Japanese knives retail at around $100-200 depending on the model. Obviously the Kai series is simply incredible value for money.

We’re talking about knives that usually retail from $10-25 and that are just as sharp as the much more expensive models. The difference? The quality of the steel used and the finish of the product.

Do you need great knives? Well House of BBQ Experts will be your new cutting edge destination.

My favourite products from the competition: