Blog
Home | Blog | How to BBQ seafood like a pro 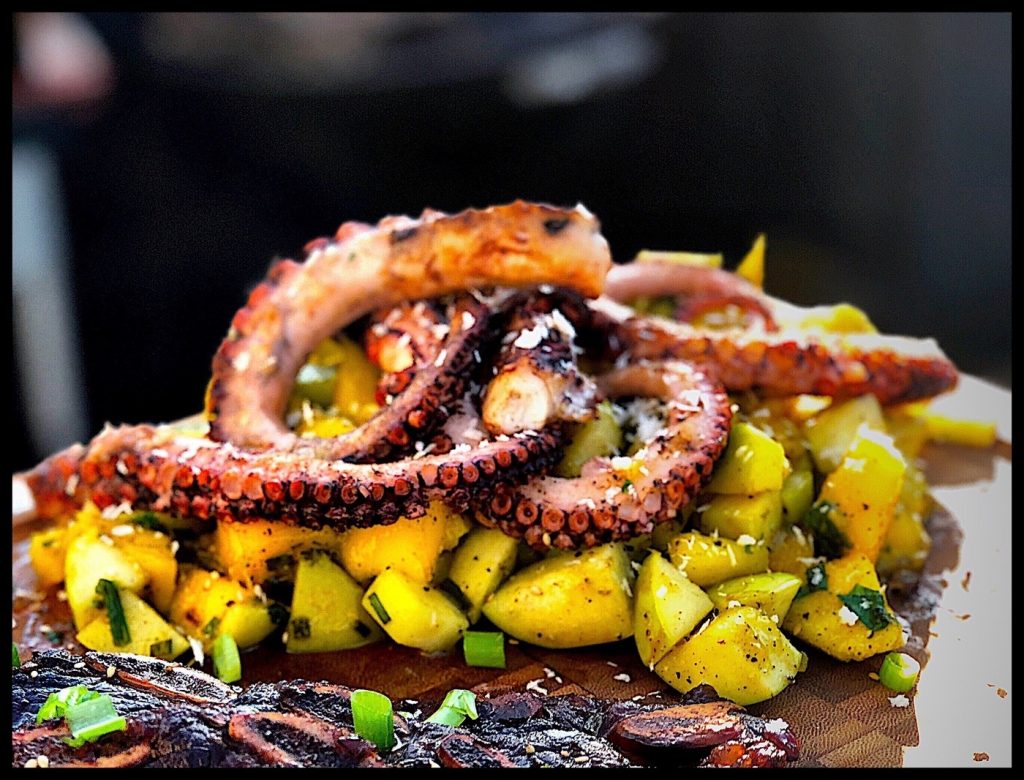 As a true carnivore, BBQing quickly became an important part of my life after I bought my grill. I started to use my creativity on the grill and with new recipes and new meat I wasn’t used to cooking. But octopus BBQ is where my grill game really changed. Confused? Allow me to continue.

Having long loved Portuguese gastronomy and seafood, I challenged myself to cook the best octopus ever. Why Octopus? Because it’s easy to prepare and has an amazing taste when well cooked. I decided to share this very simple recipe that I’m confident will even impress the skeptical guy in your group of friends. You know that guy: the one who says he “doesn’t like raw meat’’ without even tasting it.

Here’s how you can make a succulent, grilled octopus dish on your barbecue, just like I did.

The first step is to make what we call in French a court-bouillon. This is also known as a “short broth,” or a quickly-cooked broth used for poaching fish or seafood. It’s a slight variation of a classic broth, but you can do it the way you prefer.

Make sure to remove the mouth between the tentacles and the head to keep the good flesh of the octopus before plunging the octopus in the broth.

Dip the octopus three times in the broth, removing it for a few seconds in between. This step will prevent the octopus from having a rubbery taste. The goal is to get to the point just before boiling. You can then put it into the broth for about an hour and 15 minutes, or until a knife can easily penetrate the flesh.

The next step is where the fun begins. Light up your favourite grill (I personally use a charcoal BBQ for this recipe).

Don’t forget to pre-heat your Himalayan salt block. Once it’s hot enough, you can season the octopus with House of BBQ Experts Caribbean spice mix and grill it on the block for about ten minutes, turning regularly. Flambé the octopus with your favourite liquor. Personally, I really like a touch of brown rum for this recipe.

Before removing from the grill, squeeze the juice from a grilled lemon, which will add an additional kick to the already succulent taste of your octopus.

As a side dish, take a cast iron skillet or a griddle and put some apples, mangos and add some honey. You can also make it as a flambé.

At this point you’re ready to serve and impress. You can do it again next week because it was just too good!

PS: Remember that skeptical friend? They’ll be back for dinner next week.

Generous serving of salt and pepper

How to cook the BBQ octopus on the grill

A trickle of olive oil

Spiced rum for the flambé