Blog
Home | Blog | Cast Iron vs Stainless Steel: Which Is Best For Your BBQ?

Cast Iron vs Stainless Steel: Which Is Best For Your BBQ? 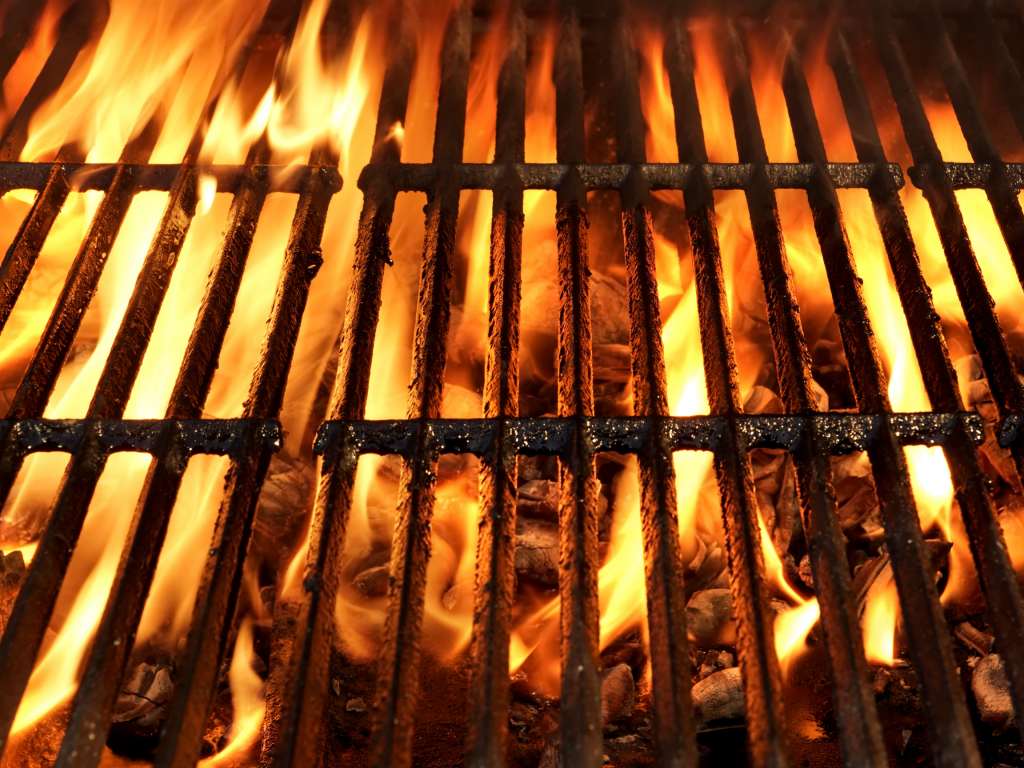 Everybody likes a good debate. Even more so if it gives a reason to joke around and argue when you have people over for a BBQ. Funny thing is, there’s a lot of unsettled debates when it comes to BBQ myths, urban legends, and personal preferences.

There is one topic though that stands out as it seems that everybody’s got an opinion on it, even if they only ran a BBQ once, which is which BBQ component is better between cast iron and stainless steel?

As stainless steel is still fairly new to the consumer market, a lot of veterans will only swear by cast iron as it’s all they have known for decades. On the flip side, stainless steel seems to be a growing trend as people who started playing around the BBQ with it just won’t give cast iron a shot.

Unknowing if this will serve you to end the debate, or add fuel to the fire, let’s run the facts on the situation.

Choosing your hill to die on

Before we dive into the specifications and the pros and cons, the truth to this debate is that it’s really just a matter of what your personal preferences are and what your dominant BBQ style is. There isn’t one metal that’s definitely the best. They are both awesome.

Obviously, each will work best in some specific situations, so that’s where it becomes important to be self-aware of what you like, in order to understand what you should invest in.

Cast iron gets a “bad” reputation nowadays as we got too comfortable as pitmasters, which I feel is mostly a problem in itself. What I mean by this is that oftentimes, beginners will work on a few techniques and once they nail them down, they stop testing out new things because they feel like they “know enough”. For example, not everyone will give cast iron and other accessories/cooking surfaces a try because they associate cast iron with “trouble and high maintenance”. Maybe it’s because they had a bad experience with their old BBQ’s grates, but it shouldn’t keep them from giving cast iron another chance.

Indeed, most people will rather trade overall performances in exchange for ease of use and maintenance. That is 100% understandable as it makes BBQ’ing more convenient for the average consumer. That said, a lot of people would benefit from switching to cast iron based on what they like to cook.

There’s no point in denying the fact that cast iron is very heavy and requires more care (it’s important to keep it well oiled at all times to prevent rust from building up) than stainless steel. It forces you to have a good maintenance routine.

As with a lot of other things in life, however, what you put in, you get out of. Tenfold.

Whether the BBQ itself is made of it or just its grates, a well-maintained cast iron will prove to win in most areas over the long term—we are talking decades of reliability and performance here. That said, cast iron is very porous, which is both a blessing and a curse. Hence, if you allow moisture to stock up in the pores, your BBQ will rust. That’s the cold truth. Keep your grates well oiled, as you should, and you may never have to buy a new set. It’s a commitment, but it will save you a few bucks through the years.

On that note, it is the same porous aspect that feeds the single most important differentiator between cast iron and stainless steel: heat retention. More precisely, heat retention plays a big role in how fast and evenly you will cook your meat. There are 2 things that we can compare to analyze this topic: a BBQ’s cooking chambers and grates.

A cast iron BBQ will allow you to cook more evenly as the shell will hold up a lot of heat on it’s own and will stabilize the internal temperature a lot faster as you open and close the lid. The smaller contrast will help you retain more juices and have more consistent results.

Cast iron grates will also have the upside of retaining more heat, therefore creating better sear marks. Beyond the aesthetics of it, those marks will help develop better textures and flavors. Also, the residual heat from the grates will accelerate the cooking process, which will save you a few minutes per meal.

The key to enjoying these benefits comes at the price of letting your BBQ come up to temperatures and keeping it running a little longer before you throw the meat on it. That said, know that the internal temperature of your BBQ does not equal the temperature of the cast iron; absorbing heat takes some time.

If half of what you grill is red meat, you should definitely consider investing in cast iron grates as you will care for your sear performance. You will also want to take those 2 extra minutes to clean and oil your grates if it means having a better crust on your ribeye.

In a world where everything goes so fast and you’re running out of reasons to slow down, let cast iron be that one thing that forces you to unwind and turn that maintenance downside into a positive “you” time.

In short, here are the pros and cons of cast iron :

Stainless steel has been the new standard for grates and gas BBQs for a few years now. It’s reliable, it offers good performances and requires very low maintenance. That statement is true however, if you invest in good quality stainless steel.

Indeed, one of the many misconceptions is that “if it’s silver, it’s stainless steel”. Sadly, it’s not. And even if it is, not all stainless steel are the same. Some stainless steel grades will distort, break or change color when exposed to high temperatures. It should not come as a surprise but, you get what you pay for.

On another note, stainless does not hold up temperatures as well as cast iron. That being said, one of the big perks of stainless steel is that it reaches the desired temperature very fast instead. It will literally be ready to use in half the time that it would take for a cast iron BBQ to be ready. This feature also explains why stainless steel will often prove to be more versatile than cast iron.

As stainless steel BBQs do not retain temperatures as much as cast iron BBQs, it’s easier to do long cooks and to control lower temperatures on stainless steel grates. This comes in handy a lot when you’re cooking chicken and fish as they do not fare well under high stress.

The major reason you would want to go with stainless steel is because of how easy it is to maintain. Whether it’s the cooking chamber or the grates that are made of stainless steel, it only requires a quick scrub every now and then and that’s all there is to it. Being lightweight, stainless steel is also easy to move around and to clean somewhere else than in the middle of your patio. (Grease stains on a wooden patio can be a problem, but you’ll never have to worry about that with stainless steel.)

As with cast iron, here are the pros and cons of stainless steel:

Now, if you would come up to me and ask for my own personal opinion as to which I like best, my answer would be fairly simple: a combination of the two. Indeed, the best thing for me is a stainless steel gas BBQ with cast iron grates on one half.

I feel like maximizing the benefits from the 2 is the smartest choice. A stainless steel gas BBQ will last through time and be easier to work with, but I would never want to trade performance just because it needs more care. I’m a beef-oriented guy so I need that extra oomph in the texture of my meals.

I will always go for my Kamado Joe with half and half stainless steel grates and cast iron griddle combo when I have the choice.

Having both stainless steel and cast iron grates in a single BBQ is truly something that I really enjoy as it makes it easy to run a direct/indirect approach and get the best out of both worlds. A nice and deep sear, finished off slowly on the stainless steel over indirect heat.

As I said, you need to understand what your cook type is, in order to better understand if stainless steel or cast iron is best suited for you. Performance-wise, cast iron is always dominant. Convenience-wise, stainless steel is king. It’s up to you to choose what to start with and luckily, there’s always an accessory waiting ahead if you feel like it’s time to up your game.