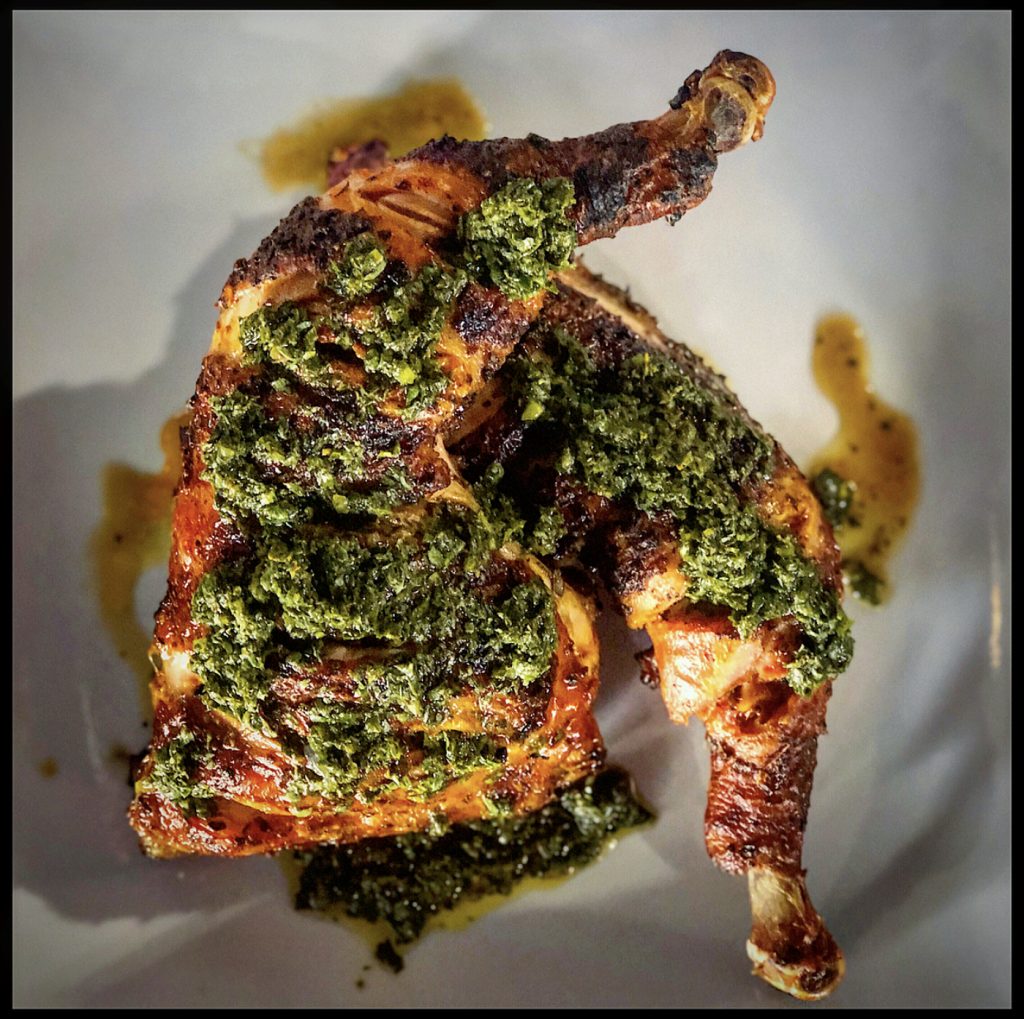 For a long time I worked in Montreal’s Portuguese district and that’s when I discovered real chicken. We’re talking authentic, flavour-bursting Argentinian chicken legs. That is, the kind of chicken you can cook on charcoal lumps, full of flavour. They often top them with different spicy sauces like piri piri (which is a type of chili pepper). Over time I’ve grown into a big fan of Argentinian asado cooking, which consists of slow cooking over the fire.

With the asado I became familiar with the local flavours and that’s when I discovered chimichurri, an uncooked sauce used both in cooking and as a table condiment for grilled meat. It originated in Argentina and Uruguay, is usually green, and is made of finely chopped parsley, minced garlic, olive oil, oregano and red wine vinegar. When fresh it’s the perfect accompaniment for your beef, chicken and lamb. In short, it’s good with pretty much everything. I like to challenge myself in the kitchen whether it’s with complex recipes or with classics (but always with a different twist).

But why the chicken leg?

The goal was to create a simple, easy and quick recipe with a flavour explosion. I personally love the BBQ Québec Argentina spice mix, which is great on everything including chicken, so it was a good place to start.

Here’s my recipe that will level up your chicken leg game. These are the House of BBQ Experts Argentinian Chicken Legs!

Note: It’s always good to brine the chicken if you have some time left. I like to brine it for 6 hours, dry and leave it in the open 2-3 hours before cooking. It’s always given me a super juicy chicken with crispy skin. Brine base is around 6% non-iodized salt, Kosher preferably per litre of water. I also like to add herbs, such as lemons.

So we got a super simple recipe that brings an explosion of flavours. Try it, you won’t regret it.